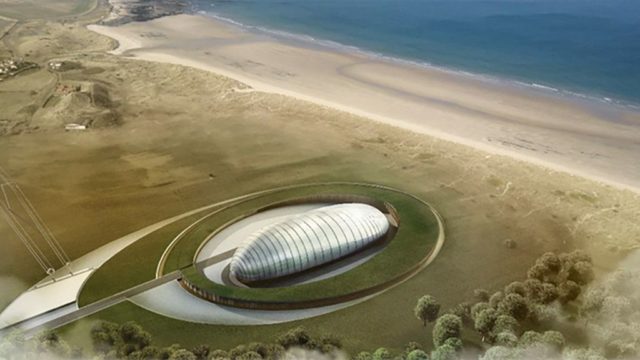 The BBC reports that a consortium led by iconic British manufacturer Rollys Royce is set to get government backing to begin work on Small Modular Reactors (SMRs) in the UK.

If you haven’t heard of SMRs before then the main reason people are hopeful about them is cost. One of the biggest issues with huge plants we’re familiar with – like, say, Hinkley C in Somerset –  is that they encounter a lot of first of a kind (FOAK) costs that can’t be anticipated. As a result the overall price seems to spiral out of control.

But with SMRs, rather than building a massive complicated power plant on site, you can manufacture small modular pieces (think lego bricks) of the plant in a factory, put them on the back of a lorry and then put them together on site. This means they benefit from the time and cost efficiencies of a repetitive production line and the general efficiency of a factory environment. The more a factory makes make, the more practiced its engineers get at making each module and the cheaper it becomes to make it.

Whilst Rolls Royce currently wants to make just 16 in the UK, there is a massive potential for the UK to learn how to develop an SMR export market. It’s understood that senior figures in the British government find this a particularly attractive idea as the country moves into its new post-Brexit era.