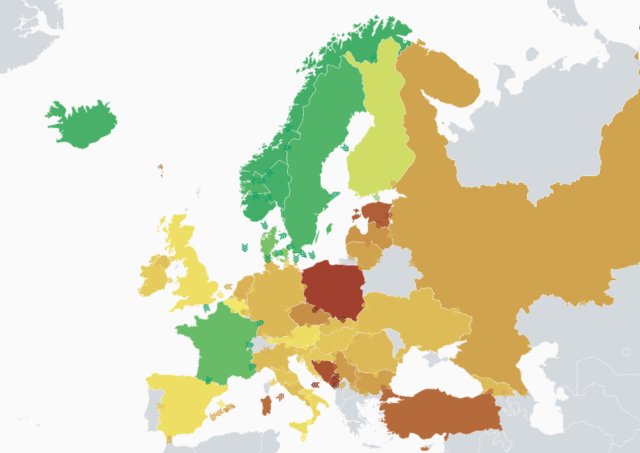 To solve the climate crisis, decarbonising electricity consumption is crucial. But which countries are leading and which are lagging?

The International Energy Agency (IEA) predicts that electricity’s share of global energy consumption will need to rise from about 1/5th today to around a 1/3rd by 2050 to meet our climate targets. As a result, cleaning up the world’s electricity grids is an urgent priority.

Just think of cars. Displacing today’s liquid fossil fuel powered models with plug-in electric or hybrid models will mean overall demand for electricity increases. This is good news but only if that electricity is produced with lower emissions than the burning of fossil fuels it’s replacing.

But which countries are doing the best in producing low-carbon electricity? And who’s doing the worst?

Thanks to an amazing open source resource called electrictyMapLive you can watch real time data and find out the truth behind the headlines. 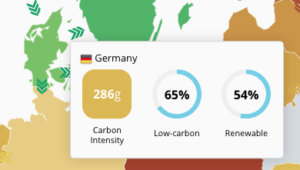 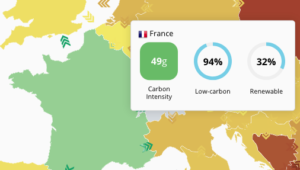 Each country is rated by the carbon intensiveness of its electricity (measured in grams of carbon dioxide equivalents per kilowatt hour or gCO₂eq/kWh) and the map also measures how much of that electricity comes from low-carbon sources or renewable only sources (i.e. without nuclear).

In some cases the results can be highly revealing. France, whose grid is predominantly nuclear powered, has a carbon intensity almost six times lower than that of Germany who decided in 2011 to ditch nuclear and have been phasing it out ever since.