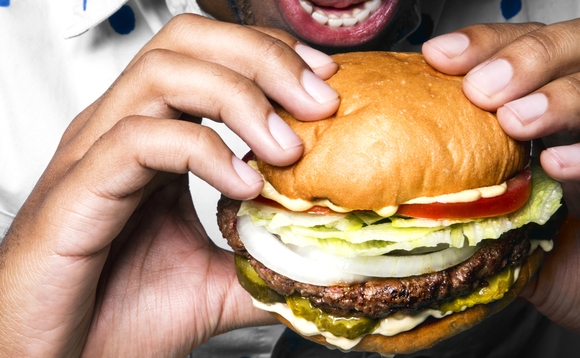 “If you think nuclear is controversial, try meat” the late, great Professor Sir David MacKay said to Kirsty in 2014. It was a conversation about his work in creating the DECC 2050 global calculator. They had found that the single largest lever available for individuals to cut carbon emissions was to reduce meat consumption. But back then the idea that politicians would tell the public to eat less meat was preposterous – an intractable problem. And an increasing problem, at least from a climate perspective. As developing countries get richer, meat consumption has increased.

All our climate solutions should be impossible burgers. This analogy emerged in our discussion with superstar energy systems analyst, Jesse Jenkins at his new desk at Princeton’s Andlinger Center last week. We were exploring the deep and troubling constraints that are slowing down all decarbonisation pathways. All of these pathways count on us changing fundamental aspects of our behaviour even though knowing something has bad consequences does not automatically lead us to stop doing that thing.

All our work is focused on urgency and scale. Our conclusions suggest that the lowest-risk pathways for a rapid transition will be to supply carbon-neutral substitutes for carbon intensive energy uses—and make them so similar that hardly anyone notices. Just like an impossible burger.

Mid-century carbon reduction timeframes outlined by the IPCC mean that we need routes to market that can scale extremely quickly and cost competitively; whilst using as much existing infrastructure—and causing as little disruption to business and consumers—as possible. It’s time to start evaluating our options against these metrics.

Right now, the climate challenge seems impossibly daunting given the scale of investment required, not only in new technologies, but in whole new infrastructures; not to mention the systemic behaviour change, and investment needed for the widespread adoption of new technology.

We need impossible burgers for aviation fuel, gas networks, industrial heat, road transport and shipping. We need the minimum amount of investment in associated infrastructure, to reduce dependencies such as transmission, charging infrastructure or new pipelines. Ideally, we should be repurposing our existing distribution networks, storage and transmission. Using clean, synthetic “drop-in” fuels we can minimise disruption and cost. Whether it is flying less or eating less meat, a central challenge to many clean energy transition pathways is large numbers of people willingly changing their lifestyle choices.

We cannot rely on mass behaviour change as a climate mitigation strategy.

For context, it took millions of pounds of government spending on advertising over a decade to persuade people to wear seat belts – something that is directly in an individual’s survival interest and costs almost nothing.

Let’s look at an example. Everyone loves electric vehicles, and, indeed, estimates suggest that 7% of the car fleet will be electric by 2030. Once you’ve driven an electric car you are unlikely to want to go back. But 7% is low and the other 93% is all important. A full-scale switch to EVs means firstly that EVERY CAR OWNER needs to buy a new car –immediately a major barrier. More importantly it also means massive investment in supporting infrastructure will be needed, plus development of new battery technology, and a huge increase in the mineral and metal supply chains. Even assuming that this has all of the environmental benefits promised, it is not clear that this can be done fast enough—and completely enough—to reliably deliver the full solution to transportation’s carbon emissions in the necessary time frame.

Meanwhile, the IEA points to what they call “a more silent structural change” that is undermining the otherwise positive trend in a declining conventional car market due to slowing economies; “consumers are buying ever larger and less fuel-efficient cars — Sport Utility Vehicles (SUVs) —accounting for 60% of the increase in the global car fleet since 2010.” As a result, “SUVs were the second-largest contributor to the increase in global CO2 emissions since 2010 after the power sector, but ahead of heavy industry (including iron & steel, cement, aluminium), as well as trucks and aviation” (IEA, October 2019).

People love junk food, and they love big powerful cars. Some people may end up changing their preferences and give up driving and meat, others will buy electric cars and eat less meat. But to solve this climate challenge we need to solve 100% of the problem—with high confidence—in an incredibly compressed timeframe. We cannot count on everyone—even the majority of people—to fundamentally change. To solve climate we also need scalable solutions that go WITH the grain of current human behaviour, not against it.

‘Substitute not sacrifice’ should be the mantra. The vision should be for abundance not scarcity, enabling all people to access modern energy services that are vital to quality of life. It is unacceptably risky to count on being able to persuade everyone to change their behaviours. Going with the grain of consumer behaviour, rather than trying to force large numbers to do something they don’t want to, shifts the focus on how to ‘change the system’. The Impossible burger allows people to eat less meat without making them feel that being greener and healthier means giving up something they enjoy.