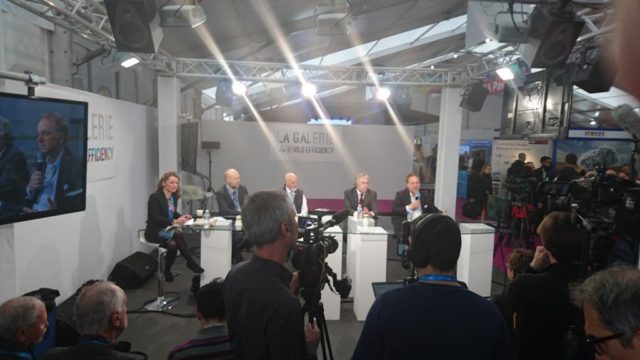 At the COP 21 Climate Summit in Paris, Energy for Humanity organised and hosted a series of high profile, well-attended events, including a sold-out screening of Pandora’s Promise and a major press conference for four of the world’s most renowned climate scientists.

The scientists — Kenneth Caldeira of the Carnegie Institution, Kerry Emanuel of the Massachusetts Institute of Technology, James E. Hansen of Columbia University and Tom Wigley of the University of Adelaide — used the news conference to build on an argument they first made as a group in a 2013 open letter to environmentalists. The Guardian published a related op-ed from the four.

“It’s time to stop using the sky as a waste dump. The climate doesn’t care whether the electricity comes from a wind turbine or a nuclear reactor. The climate just cares about carbon.”

This event generated extensive global media coverage about the need for nuclear to be recognised alongside other low carbon technologies as a key part of the solution to climate change. More than 60 major news articles were published (see list below). The Guardian op-ed co-authored by the scientists was shared more than 16,000 times, attracting more than 500 comments. Coverage reached an estimated audience of more than 800 million. This includes the Daily Mail website, with an audience of 200 million unique visitors per month, which ran the Associated Press article and attracted 1400 comments.

So why did these eminent scientists decide to come to Paris?

“I’ve come to see now that the magnitude of the problem is so great that we can’t afford to leave technologies unused that can potentially help.”

For nearly two decades nuclear power has been officially excluded from the multilateral UN climate negotiations process. Environmental groups successfully lobbied to keep nuclear out of the ‘clean development mechanism’ and other Kyoto mechanisms to garner carbon credits. Ever since then, nuclear has been off the table and the green groups who have a strong voice at the annual negotiations – together with big name backers like Al Gore and Bill McKibben – have insisted that a 100% renewables pathway is the only acceptable carbon mitigation option. That has become the mantra repeated by everyone, even the current UNFCCC Executive Secretary Christiana Figueres.

“It is wrong to pit renewables against nuclear power. We need all hands on deck.”

But in light of the urgency of tackling climate change and nuclear power’s essential role in limiting temperature rises, the scientists argued that only a combined strategy employing all the major sustainable clean energy options — including renewables and nuclear — can prevent the worst effects of climate change by 2100, such as the loss of coral reefs, severe damages from extreme weather events, and the destruction of biodiversity and ecosystems worldwide.

“Nothing should be off the table.”

The end result was a Paris Agreement that made a significant shift: away from a prescriptive framework driven by technology specific targets, and towards deep decarbonisation using all tools at our disposal. With just one mention of ‘renewables’ in the entire text, the Agreement is broadly technology neutral. This represents a significant step forward for the kind of flexible, ‘throw everything we have at this problem’ approach that is needed to solve climate change within the short time we have left to turn the tanker.

The direction of travel is clearly towards all of the above ‘clean energy’ innovation (including nuclear) with substantial support from both governments and private sector entrepreneurs. These moves should result in a welcome increase in innovation and deployment in carbon free energy and industrial technology.

In response to the climate scientists’ plea for rational climate policy in Paris, an extraordinarily controversial article by Naomi Oreskes, History Professor at Harvard and co-author of Merchants of Doubt appeared to argue that a prescriptive, conditional response to climate change (e.g. 100% renewable) is a prerequisite for some kind of tribal loyalty, which the scientists had somehow betrayed and were therefore accused of a ‘new form of denialism’. Not only did this spark an outcry on social media, but also prompted this stinging rebuke from The New Yorker: How not to debate nuclear energy and climate change.

Events continued into the night.

Nearly three years on since the film’s release, audiences filled a sold-out screening of Pandora’s Promise at the Majestic Bastille Cinema, followed by a debate between Robert Stone, Film Director and one of France’s leading antinuclear campaigners, Yves Marignac, Director of WISE-Paris. It was a good-natured debate, although the audience seemed frustrated by the antinuclear argument to avoid the need for nuclear by assuming a massive contraction in energy consumption – well below today’s levels – despite the clear need for billions more people to increase their access to electricity to achieve basic quality of life.

EFH Director Kirsty Gogan spoke at five events at COP 21, including chairing the press conference. She joined Ben Heard, Stephen Tindale, Rauli Partanen and Francois-Marie Bréon (IPCC member and Climatologist) on the Nuclear For Climate panel hosted by Valerie Faudon, who spearheaded the Nuclear for Climate campaign, in what we believe was the first ever COP discussion panel on nuclear and climate. The discussion was held inside the Generation Climate public arena, and attended by more than 200 people. It was a lively and constructive session with contributions from the Sierra Club and other environmentalists in the audience. You can watch the whole show here:

Kirsty also gave two keynote speeches inside the ‘Blue Zone’ at events hosted by the IAEA and the OECD-NEA. 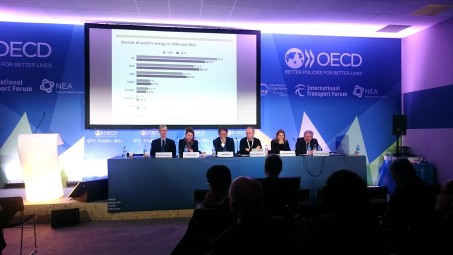 Kirsty was interviewed by the totally charming and delightful Citizens Climate Lobby shortly after the scientists’ press conference.

EFH also supported several groups and activists to attend Paris and to participate in events and speeches, making the case for nuclear energy as a climate solution, including Tom Blees and Mark Lynas, without whom none of this would have been possible, inspirational advisor and champion of EFH, Ben Heard (you need to follow him on Twitter if you don’t already) Stephen Tindale (Weinberg Foundation) Urs Bolt (EFH Switzerland) and the talented authors of the remarkable book: Climate Gamble Rauli Partanen and Janne Korhonen who undertook the heroic task of distributing 3,000 copies of their crowdfunded book at COP21. Hot off the press, the newly published book was a huge hit and everyone is incredibly grateful to another of our heroes, Sir David MacKay, author of Sustainable Energy Without the Hot Air, for writing the foreword. Rauli somehow even found time to document their 12 days in Paris here.

Eric Meyer campaigns for clean nuclear energy through the medium of opera. Rauli filmed him singing for passengers on the Paris Metro. 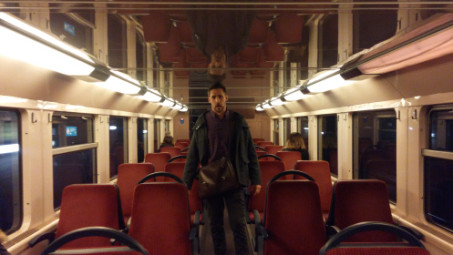 It was incredible to bring so many of the new environmentalist and ecomodernist tribe together in Paris, old friends and new, not least JMPVerdant Communications, Nuclear for Climate, Sauvons le Climat and The Shift Project. Thank you from the whole team. You’re amazing and we couldn’t have done it without you.

Thanks too to those whose generous support made this effort possible: Daniel Aegerter, Pritzker Innovation Fund, Ray Rothrock, and the Silicon Valley Community Foundation.

Associated Press, December 3, 2015
“The Latest: UN chief says leaders’ support on climate a plus” by AP

The Conversation, December 3, 2015
“James Hansen arrives – at his first ever COP” by David Holmes

Transcript from the press conference, with thanks to Rod Adams, Atomic Insights

The whole press conference (80 minutes) is on La Galerie 2015

The Wire, December 4, 2015
“COP21 Diary: As Talks Go On Behind Closed Doors, Scientists and Activists Fret Outside” by Anjali Vaidya

Geographical, December 3, 2015
“COP21 Diaries: The case for a price” by Marco Magrini

Huff Post Green, December 4, 2015
“In the COP21 Battle of Ideas, One Common Thread” by Bradley Campbell

US News and World Report, December 3, 2015
“The Latest: UN chief encouraged that 150 leaders are committed to delivering a climate accord” by Associated Press

The Guardian Wednesday 16 December, 2015
“There is a new form of climate denialism to look out for so don’t celebrate yet.” by Naomi Oreskes

The New Yorker Friday 18 December, 2015
“How not to debate nuclear energy and climate change” by Michael Specter