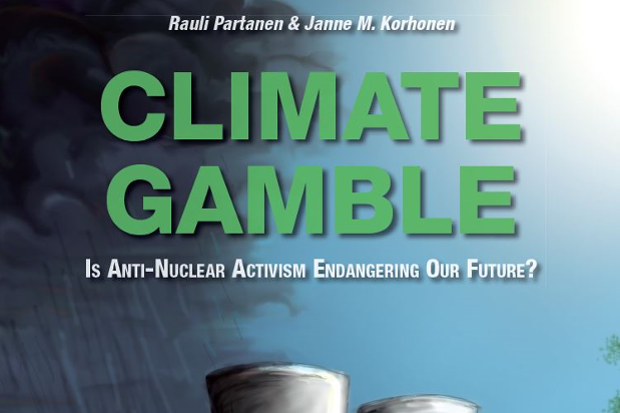 A large block of self-proclaimed pro-environmental campaigners are doing their utmost to prevent the use of our single most important low-carbon energy technology in the fight against climate change. The factual arguments marshalled in favor of this campaign are based on highly selective reading of evidence and cherry picking of academic studies.

In the run-up to the COP 21 Paris climate conference at the end of this year, anti-nuclear activists have been mobilizing their forces to prevent the use of nuclear energy as a tool for stabilizing our climate. The campaign seems to be spearheaded by a coalition called “WISE.” Their “Don’t nuke the climate” website boasts about a large block of anti-nuclear activists planning a climate march in Paris.

Why is this a most unwise campaign?

The most recent reports by the highest authority on climate change mitigation, the Intergovernmental Panel on Climate Change (IPCC), makes it clear that:

2) So far the decarbonization of the world’s energy system has failed miserably (see graph Share of clean energy of world total).

3) The world will need massively increased effort in promoting all forms of low-carbon energy, including nuclear power. 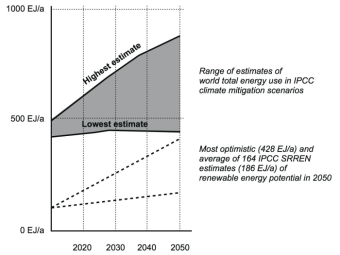 Despite these clear findings by the world’s leading experts, anti-nuclear activists claim that nuclear cannot be even a partial solution to mitigating climate change, and are calling for nuclear to be banned from the Paris Summit. Their key argument to back this claim is that nuclear has too high lifecycle emissions to help decarbonize our energy systems.

As we shall see, this argument is false.

The carbon balance of nuclear energy

Nuclear power has a comparable carbon footprint to wind power and hydro power, and lower than most solar PV. Such authorities as IPCC[i] the United States National Renewable Energy Laboratory[ii] and Yale University [iii] have found the full lifecycle carbon balance of nuclear power – including the mining of uranium and the disposal of waste – to be in the range of 10 to 20 grams per kilowatt hour (gCO2/kWh). Yet anti-nuclear activists have chosen to brush scientific consensus aside, and instead rely on a single 2009 meta-study by Dr. Benjamin Sovacool and colleagues. This study puts the carbon balance of nuclear power at 66 gCO2/kWh. While this is not very high, it is still several times higher than IPCC’s median estimate on nuclear power, at 12 gCO2/kWh.

Sovacool’s study itself suffers from methodological problems. Several of the studies it assesses are based on a faulty, misleading non-peer reviewed report by noted anti-nuclear activists Jan Willem Storm van Leeuwen and Philip Smith. Consequently, Sovacool’s results have been heavily criticized in subsequent research.[iv]

The campaign also fails to mention that even at their cherry-picked carbon balance of 66 gCO2/kWh, nuclear power would be well in the range with other low-carbon energy sources, and its lifecycle emissions would be much lower than any fossil fuels. It would be only slightly higher than large scale solar PV is in IPCC’s latest assessment report (48 gCO2/kWh without any backup power or energy storage) and several times lower than biomass (230 gCO2/kWh).

The aim and the arguments of WISE, Climate Action Network and other anti-nuclear groups underwriting the nuclear opposition are a stark example of the horrifyingly misguided priorities that many environmental organizations have. Even as the world keeps on warming and scientists are ever more desperate to get the world on track towards radically smaller emissions, these groups do their utmost – including the use of cherry-picked data and omissions of relevant facts – to oppose a vital low-carbon energy option in the world today. Even with the recent and highly welcome progress in renewable energy, world’s nuclear reactors still produce far more low-carbon electricity than all “new renewables” combined.

It is no wonder that any realistic climate mitigation plan includes significant amounts of nuclear energy.

Could we just build that much more renewables? A recent review (Loftus et al., 2015) of low-carbon energy scenarios concludes that it is highly unlikely. In this study, the scenarios that plan to do the job without nuclear power are forced to assume that we will achieve sustained long-term rates of adding new clean energy capacity that are 3 to 11 times higher than the record short-term rates ever achieved in the world.

The organizations that seek to oppose nuclear energy and want to exclude it as an option are playing a huge, irresponsible gamble with the world’s climate, environment, and human life. This gamble is largely based on ideology and ideological cherry picking of scientific studies. It is also based on a worldview where options need not be compared. Just as an example, more people die from fossil fuels in China in three days than have died in all civilian nuclear accidents ever combined. Nuclear power is, according to major studies, one of our most safe ways to produce energy[v].

What these campaigns and organizations suggest is the very opposite of responsible, evidence based policy.

Sadly, these campaigns mislead even reasonable, intelligent people. Few of us have time to read through IPCC’s reports or sanity-check the arguments these campaigns throw around in catchy one-liners and slogans. The misinformation they spread is fuel for the anti-nuclear sentiment felt around the world, at a time when we would direly need all forms of low-carbon energy to mitigate climate change and to help offer the poor of the world the energy services they need and deserve.

Reasonable persons concerned about the fate our living planet should do their utmost to prevent these unwise slogans from becoming policy. We hope that these organizations stop cherry-picking evidence and align their views and priorities with the IPCC and other scientific studies, institutions and reports: Climate change poses such a clear and present danger that we cannot afford to dismiss any potential solution, certainly not on the basis of cherry-picked evidence. Despite encouraging progress of renewable energy, nuclear power remains one of our most important ways to produce low-carbon energy, and to oppose it at every turn is to gamble with our climate and our future.

Unless this realignment happens, the groups and activists that oppose nuclear power even at this dark hour will undoubtedly face judgment by our children and grandchildren.